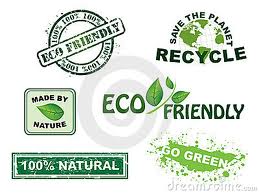 The term ecology refers to all the organisms in a given place in interaction with their nonliving environment (Forman, 1995: 19; Forman & Godron, 1986: 9)(2,3). Landscape studies suggest that there is a limit in the variety of habitats available for organisms (Forman, 1995: 21)(2).
Ecological context is much more complex than an organism and its accurate indicators are rarely available (Freedman et al., 1995: 69)(4).
Structure, metabolism and biogeochemistry of ecosystems (Es) are exceedingly complex (Likens, 1995: 381)(8) and Es response to environmental variability is a complex product of coevolution.
Simple components of an E are considered to be deterministic in their cause and effect relationships. However, the behavior of Es is affected by sources of variation beyond our ability to understand their
complexity (Moir & Mowrer, 1995: 240)(9). Understanding of Es is weak and prediction of cause-effect relationship in Es is very imprecise (Woodley & Forbes, 1995: 55)(10).
Terms relative to the protection of Es, like preservation, conservation, restoration, mitigation, and sustainability, which are becoming popularized, are often confused (Likens, 1995: 13)(8). The definition of "sustain" is not simple although efforts have been made to clarify the word by the context in which it is used (Moir & Mowrer, 1995: 240)(9).  Sustainability of Es is complex since many properties of Es are still abstract (Gauthier & Patino, 1995: 540)(5).
In the management of Es, taxonomic units may be arbitrary and Es boundaries are usually highly subjective: frequently they lack adequate definition and/or depend on context. Institutional boundaries differ from ecological ones and different management agencies vary in mandate, policies, responsibilities or jurisdictions generating the need of joint decision making (Anderson, 1995: 46; Woodley & Forbes, 1995: 54-55)(1, 10)       Managing Es in the sense of full control is not possible. The complexity of natural Es defies the establishment of an absolute experimental control (Likens, 1985: 382; Woodley & Forbes, 1995:55)(7, 10).

Epistemological Challenges to Science and Technology

Resilience, Flexibility, and Adaptative Management
ABSTRACT
In many cases, a predicate of adaptive environmental assessment and management (AEAM) has been a search for flexibility in management institutions, or for resilience in the ecological system prior to structuring actions that are designed for learning. Many of the observed impediments to AEAM occur when there is little or no resilience in the ecological components (e.g., when there is fear of an ecosystem shift to an unwanted stability domain), or when there is a lack of flexibility in the extant power relationships among stakeholders. In these cases, a pragmatic solution is to seek to restore resilience or flexibility rather than to pursue a course of broad-scale, active adaptive management. Restoration of resilience and flexibility may occur through novel assessments or small-scale experiments, or it may occur when an unforeseen policy crisis allows for reformation or restructuring of power relationships among stakeholders.

Belief
In anthropology [ecology] the centre stage is [was] for people [Nature] (39). Some [people] societies pay more attention to knowledge [beliefs] than to beliefs [knowledge], and more attention to protected [recreational] areas than to recreational [protected] areas (40)
Language & Belief
Language adjusts to the world's view and structural aspects of language influence ways of looking at the world

2.  Protected Areas
6.  Conservation Ecology
10. Traditional Ecological Knowledge Concepts and Cases
12. Die off
"If a path to the better there be, it begins with a full look at the worst." -- Thomas Hardy
19. Sustainable development: Epistemological Challenges to Science and Technology


Ecology and Society (2)
Advocacy, Science, Policy, and Life in the Real World
The problem of Fit Between Ecosystems and Institutions
A Report for the IHDP by Carl Folke, Lowell Pritchard Jr.,  Fikret Berkes, Johan Colding, and  Uno Svedin May 1998 , © by the authors

Published by the International Human Dimensions Programme on Global Environmental Change (IHDP), Walter-Flex-Str. 3, 5113 Bonn, Germany.  E-mail: ihdp@uni-bonn.de, Web: www.uni-bonn.de/ihdp The Working Papers are an IHDP publications series to draw attention to emerging issues in the field of Human Dimensions of Global Environmental Change. The Papers represent preliminary material circulated to stimulate discussion and comments. These represents the view(s) of the author(s) and do not necessarily represent those of the IHDP nor its sponsors ICSU and ISSC.
Global Environmental change.
Conditions for sustainability of human–environment systems: Information, motivation, and capacity.

The Iraq war was the first ‘resource war’ according to Professor Sir David King, Director of the Smith School of Enterprise and the Environment and a former UK government chief scientist.

Published: 10 Feb 09
The dieback of the Amazonian forests caused by climate change is not inevitable but remains a distinct possibility, according to a study led by the Professor of Ecosystem Science at Oxford University.
Wild Singapore News
Going nowhere fast: top rivers face mounting threats
Many Major Rivers in Danger of Drying Out - WWF
Story by Douwe Miedema
WWF says pollution, dams threaten rivers
By Eliane Engeler, Associated Press Writer


Ethanol from cellulose: A technology that could spell disaster


Tree plantations in the Mekong region


Oil palm and rubber plantations in Western and Central Africa

Published Date: 05-05-2009 , Type: Report , Source Date: 06-04-2009 The mining company, Carmen de Andacollo (owned by Teck Cominco) has polluted the life of the town of Chepiquilla in Chile's Andacollo region for more than ten years. See http://olca.cl/oca/chile/chepiquilla.htm
Patagonia
Patagonia Under Siege by George Black
At the remotest tip of South America lies one of the wildest places on the planet - a wonderland of snowcapped volcanoes, pristine rainforests, and windswept pampas. Perhaps Patagonia will become a paradise for ecotourism. Or perhaps it will fall victim to Chile's voracious appetite for energy.
Drugging the Waters by Elizabeth Royte
As the population ages, Americans become more and more dependent on their prescription medications. Now scientists are beginning to wonder: What happens when all those pharmaceuticals get flushed into the nation's rivers -- and into our drinking water?
The Owl, Spotted by Alison Hawthorne DemingOne fine day, a poet and a scientist entered a forest in the Pacific Northwest to observe together the most iconic of all our threatened species. Here is what they found.


As countries attempt to close two weeks of talks today, the atmosphere in Copenhagen has reached a level of tension difficult to explain to those not here. You’ve seen some of the headlines by now. The initial sticking points remain the same, such as China and the United States finding common ground -- or failing to. The outcome is still unknown.
John Anthony (sent to Ricardo Luis Plaul
Communications Director, Energy & Climate
http://www.UNFoundation.org
Sent to Emilia Mª Trevisi Foundation by Ricardo Luis Plaul, Argentina.