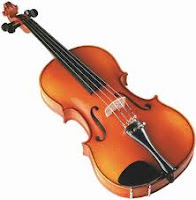 CONTENTS of Music History 102:
As is usual with information on the history of Western music, this site has been organized according to the eras of history:

Jacques Loussier (born Angers, France, EU, Oct 26, 1934) started playing piano at the age of ten; when Loussier was just sixteen, he entered the Conservatoire Nationale de Musique in Paris where he studied with Professor Yves Nat (1, 6). From the outset, creating the beginnings of the Loussier sound, he played piano in restaurants and dance halls as an accompanist to chanson singers such as Charles Aznavour and Catherine Sauvage (4).
In 1959 Loussier formed the Play Bach Trio (Loussier arranger, piano and organ, Pierre Michelot bass, and Christian Garros percussion) which used Bachs compositions as the basis for jazz improvisation,recording (9) for Decca between 1960 and 1963: the trio achieved sound special effects (7) with Loussier double tracking some pieces on electronic organ (8, 10) and piano and, later, recording some of Loussier arrangements of Bachs concerti with the Royal Philharmonic Orchestra (1, 4). The trio toured extensively, eventually selling over six million LPs in fifteen years, and then disbanded (2, 4,  5).
Loussier is a licensed pilot who used to fly his own light plane and have many contributions as composer, miscellaneous crew and self composer in filmography from the 1960s (3)
Notes
More about Jacques Loussier
Music from the Movies: David Arnold
Play Bach!, Loussiers´ Trio
Disk Discussion
Session conducted by Les Tomkins featuring The Modern Jazz Quartet Milt Jackson, John Lewis, Percy Heath and Connie Kay.The following blindfold test was carried out in 1964 but time would hardly change the opinions expressed here. They could well have been uttered today - or even tomorrow. Jazz lives on!
(6)
Kernfeld B(Ed)(1994): «Jacques Loussier», 717.
(7)
Tomkins L(1964) «Session conducted by by Les Tomkins featuring The Modern Jazz Quartet Milt Jackson, John Lewis, Percy Heath and Connie Kay»,
In: http://www.jazzprofessional.com/blindfold_tests/MJQ.HTM. Date:  Sat, 30 Sep 2006 14:09:49 -0300
(8)
Kernfeld B(Ed)(1994): «Organ», 939-942.
(9)
Lon 3365 [1963], In: Kernfeld B(Ed)(1994): 717.
(10)
Sears A(1994) «A Walk on the Wild Side The Story of Jazz Organ», The Story of Jazz Organ: http://theatreorgans.com/grounds/docs/wildside.html
Date: Sat, 30 Sep 2006 14:00:33 -0300
Bach: Cantatas BWV 84, 209, 202 ~ Johann Sebastian Bach (July 11, 2000)
Music Sampler (audio)
Cantata BWV 84 Ich bin vergnügt mit meinem Glücke
Italian Translation: "Io son contento della mia buona sorte",

The Music of  Gustav Holst
Holst: “As a rule I only study things which suggest music to me ... recently the character of each planet suggested lots to me, and I have been studying astrology ...” Writing to a friend in 1913, Holst confirmed the insiration for his Suite for Large Orchestra, a reminder, if any were needed, that these “Planets” are not the celestial objects"

Intimations of Immortality
Gerald Finzi (1901 - 1956)
Clarinet Performance (audio)
Guido of Arezzo
The Hand of Guido
The Hand of Guido (also known as the Guidonian Hand) is based on the solmization which Guido is credited with having developed c.1025.

UT, A DEER, A FEMALE DEER?
Guido d'Arezzo was also famous for his techniques of teaching sight singing. He is credited with the invention of solmization, assigning syllables for each of the six tones of the hexachord to the first syllable of each verse of the St. John Hymn, a musical piece that was very well known at the time.
This is where we get Ut [later changed to Do] Re, Mi, Fa, Sol, and La, sometimes also called Ela. The name solmization comes from the fourth and fifth syllables, sol-mi. Later, when the seventh tone of the diatonic scale was added into popular use, the initials of the Latin words in the last line of the song, Sancte Ioannes, were combined, for Si, later changed to Ti. (see The Hand of Guido)
The Royal Philarmonic Orchestra of London (Victor Pellegrini and Juan Cerro  -guitar;  José Menese -lyrics) García Lorca

Nocturnal Ethnographies: Following Cortázar in the Milongas of Buenos Aires
http://www.sibetrans.com/trans/trans5/savigliano.htm
[…] Milongas, in the current tango lexicon, are the tango joints--a space and a time when and where tango bodies get together to produce tanguidad (tanguity, tango-ness). They are the physical site of the corporeal, temporary encounter of the practitioners of the tango dance. The milongas of Buenos Aires are a slippery landscape. They are invisible to eyes untrained in tango and elusive to those who do not keep up with current milonga tips

Music of Argentina
http://www.absoluteastronomy.com/topics/Music_of_Argentina
The music of Argentina is known mostly for the tango , which developed in Buenos Aires and surrounding areas, as well as Montevideo , Uruguay

Andean Music, the Left, and Pan-Latin Americanism: The Early History (en inglés)
Fernando Rios (University of Illinois, Urbana-Champaign)
In late 1967, future Nueva Canción (“New Song”) superstars Quilapayún debuted in Paris amid news of Che Guevara’s capture in Bolivia. The ensemble arrived in France with little fanfare. Quilapayún was not well-known at this time in Europe or even back home in Chile, but nonetheless the ensemble enjoyed a favorable reception in the French capital.

Domenico Zipoli Italian musician
http://www.hoasm.org/VIIH/Zipoli.html
[…] he started a three months crossing bound for Rio of Plata (in Argentina). After a violent storm he and the others disembarked in July at Buenos Aires, and after 15 days set out for Cordoba. By 1724 he had completed with distinction the required three years each of philosophy and theology at the Jesuit Colegio Maximo and university in Cordoba. He continued his musical activities, as organist, choirmaster and printer, which may have delayed the completion of his studies. He was ready to receive priest's orders in 1725, but died (of tuberculosis) without them for lack of a bishop in Cordoba to ordain him that year.

Music and Politics
Toward a Political Anthropology of Mission Sound: Paraguay in the 17th and 18th Centuries GUILLERMO WILDETranslated from the
Spanish by Eric Ederer
Any consideration of pre-Enlightenment art, particularly music, presents similar difficulties to taking on any of the so-called “aesthetic experiences” of non-Western societies. The globalizing concept of “aesthetics” inevitably becomes entangled with other notions of greater historical and ideological charge that configure a contemporary worldview—artistic individuality, creative will, and “the work of art,” among others.