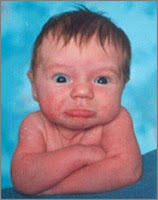 A Question of Catholic Honesty
by Daniel C. Maguire

Dr. Maguire is professor of moral theology at Marquette University in Milwaukee, Wisconsin, and past president of the Society of Christian Ethics. He wasthe visiting professor of moral theology at the University of Notre Dame in South Bend, Indiana, during the 1983-84 school year. This article appeared in the Christian Century, September 14-21, 1983-84 p. 803-807. Copyright by The Christian Century Foundation; used by permission. Current articles and subscription information can be found at www.christiancentury.org. This material was prepared for Religion Online by Ted and Winnie Brock.